A downloadable game for Windows, macOS, and Linux

Retract is a first person puzzle game for all ages of people looking for a challenge! Transform the world around you so that you can travel through unique puzzles and levels. Escape reality and bounce on half grown mushrooms, knock down massive trees and make your way to the ending you so desire. Carefully crafted and designed by our team Retract is a unique strategy game that you will not forget, remember, time is in your hands now!

Subscribe to our email newsletter to get updates about the games progress!

We have recorded the solution to every single level, you can see these in our post here!

This is a work in progress and not finished! This game is mainly tested on Windows so there may be a lot of bugs on mac, we will do our best to fix them. This game is developed by Robert Hart and Jack Donaldson you are allowed to play this game but cannot distribute, sell or modify in any way without permission from us.

You should not need any additional programs to run the game, just download the file for your related system and extract it. You should then have a file you can run.

Really enjoyed playing this! The only issue for me was the mouse sensitivity. Even with the sensitivity set to high both in the game and in my mouse settings, I had a lot of trouble looking around. It was like I had sensitivity all the way down. I hope you're able to fix that, because this is a great beginning to a really cool game!

Hi Aylad glad you enjoyed it, sorry you are having issues i will try and determine the source of the problem and deploy a fix as soon as possible!

hi there jiak1 , i've played your game and it's really cool i did some mistakes but i enjoyed it so far :) nice job , the only thing that i have a problem with is the movement and the pause menu i can't click on the options only the exit , i don't know if it was from my pc or not , and i couldn't make the video longer but i'm thinking of another part of this game

Hi James thank you for playing the game, we figured out that was an issue with the pause menu and currently if you download a new build it should be fixed! Also it seems your screen size has messed a few things up, would you be able to tell me the resolution you use? Thanks for making a video and i look forward to part 2!

Well, I finally got round to doing a Part 1 and Part 2 and it was a really enjoyable game. Even though it's WIP/ALPHA, the game has been developed to a great standard so far so well done.

The game itself, I really enjoyed playing Retract and I played it 4 times although the first 3 times where down to technical hitches at my end but I didn't mind playing it 4 times.

There are a couple of glitches I noticed.

1. Menu's. For me, pauisng the menus and then swapping in and out of the game caused the game to crash but I think that was down to the keyoard setup I have and the recording software. I used the alt key for recording shortcuts and I changed these and managed to continue playing.

2. Ledges, when jumping and landing onto ledges I kinda got stuck and had to step back so the only forward was to jump and then move forward onto a ledge HOWEVER this introduced a fantastic glitch/bug. If you get stuck on the edge of a ledge then just spam the jump button and see what happens. I continually got catapulted to some great heights and it could help playing the game or future levels i.e. two ledges a fair height apart.

The second to last level really got me. The second part was more than twice as long as it should have been and I was going to cut it down but I decided not to do this becuase if someone had watched the final cut they could have thought "A nice easy play" where as I decided to leave it as it is so that the next player knows that they aren't the only one who could have had trouble with the level.

But all in all, a damn good ALPHA/WIP DEV(s), so good luck and thumbs up from me.

I do genuienly want to play the alpha again. It was a very enjoyabl experience for me (Apart from the second to last level hahahaha)

Hi Wobbly thanks for making a great video! We are constantly looking for feedback and a sun and moon is certainly on our todo list as well as some animals to add a bit of ambience to the levels (snails, birds etc.) That's an interesting bug you found we haven't seen anyone do that before so we will have to fix that along with the cheat in the level you found! The last few levels... well... that looked frustrating i think we may make a few videos on how to complete all the levels and make it a bit clearer in game, but you got to the end, the tree's should've fallen the right way, but you came up with a very 'different' way of solving it that we hadn't thought of. The last level you skipped a few bits as your inventory didn't reset properly when you die, but i will fix all these things ASAP. Thanks for reviewing!

Pretty strong start! But there are quite a few little snags throughout. Understanding that this is still a WIP, I can't hold too much against it, but I've left a lot of feedback for later versions! Also, a little timeline at the bottom might be a less intrusive UI to replace what's currently there. Detailed feedback in the vid!

Thanks for reviewing we will try and take your suggestions into consideration! We are working on making the hitboxes and jumping feel a lot nicer, hopefully we can stop you feeling like a 'refrigerator' and we will add a few messages to introduce the player to planting seeds. Alongside this we will look at adding an option to speed up time changing and we are already in the process of adding more music and sounds! Other then that thank you for playing our game and giving us an honest review!

We have now added updates in hopes of making your experience better and are continuing to work on more! 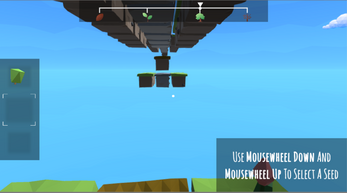 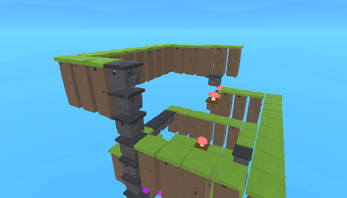 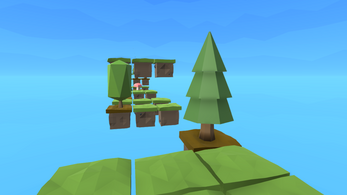 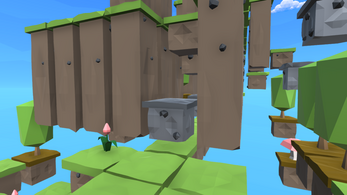 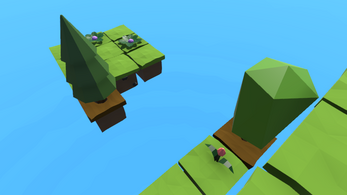 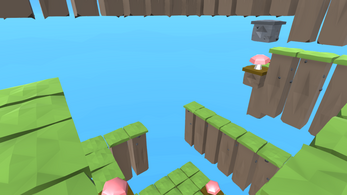 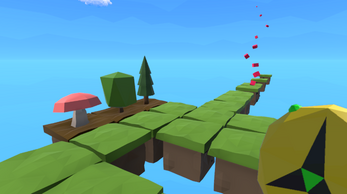 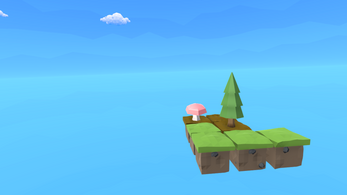